What can we learn from the tribes in the rainforest of New Guinea? What are the greatest dangers facing humanity and the earth today, and how can they be overcome? These are some of the many questions we address in this conversation with a leading scientist that has been voted one of the world’s top ten intellectuals by various British and American magazines and who researches and writes on just about everything that makes up human existence – think “universal genius”: Jared Diamond.

He studied physiology at Harvard and Cambridge and became a leading expert on the gallbladder. He is also an ornithologist, anthropologist, sociologist, evolutionary biologist, ecologist, and environmental historian with expertise in archaeology, genetics, and human disease epidemiology. He is also a professor of geography in Los Angeles.

And then he is also one of the most successful authors of popular science nonfiction. His works have been translated into some forty languages, and for the world bestseller “Guns, Germs, and Steel. The Fates of Human Societies” he was awarded the Pulitzer Prize in 1998. His other books include “Collapse. How Societies Choose to Fail or Succeed”, “The World until Yesterday” and his most recent work “Upheaval – How Nations Cope with Crisis and Change”. 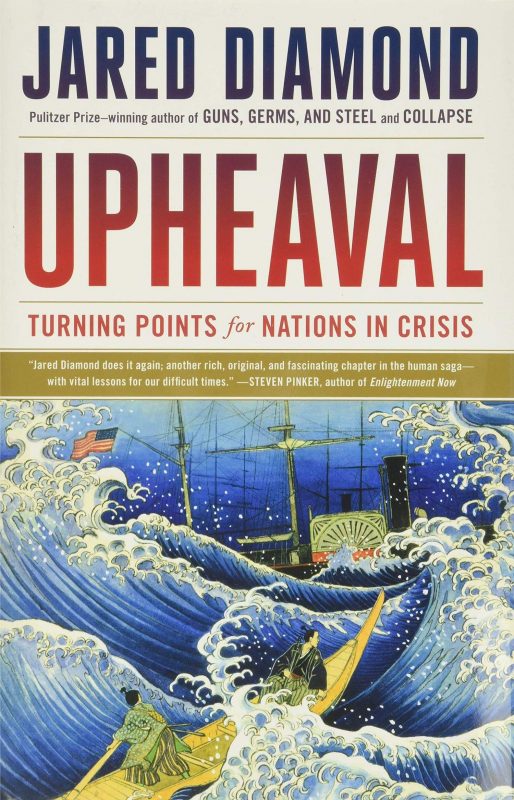 For all that, Jared Diamond is not only a master of lab work and literature research, but he is and has been on the road himself all over the world (over thirty times in New Guinea alone), he is fluent in over a dozen languages … So: more than enough material for a wide-ranging conversation about a unique scientific career – and about the world we live in.